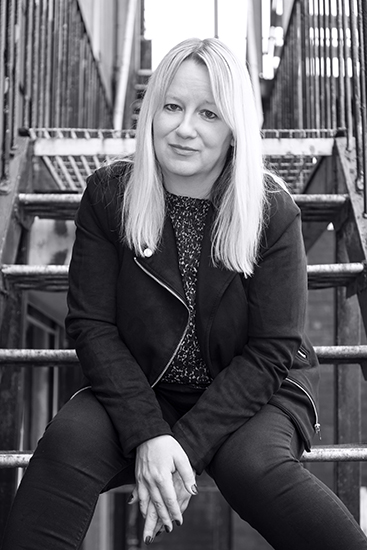 Lisa Gray was born and grew up in Glasgow, Scotland. Before she was a writer, she was a reader. Her formative years were spent dragging her dad around every library in the city in search of the latest instalment in the Sweet Valley High and Point Horror series. She would then read late into the night, often by the glow of the streetlight outside her bedroom window, when she should have been fast asleep.

At the age of eleven, Lisa decided she wanted to be a journalist as it seemed like a more realistic way of getting paid to write for a living than being an author (although she did want a job with Just Seventeen or Smash Hits so she could interview celebs, which wasn’t really very realistic at all…) She spent two years studying Journalism at Cardonald College in her late teens, and still really wanted to write features for magazines. But she ended up becoming a sports reporter kind of by accident instead.

As the Chief Scottish Football Writer at the Press Association news agency, she covered Rangers, Celtic and Scotland at home and abroad, and reported on UEFA Cup and Champions League finals. After too many Scottish winters spent freezing at games, Lisa gave up football to work as a content writer at the Daily Record, where she also had a spell as their books columnist.

After years spent hanging around crime writing festivals, and boring everyone senseless talking about the book she was going to write one day, she eventually did get around to writing that book. Thin Air was published in June 2019, followed by three more in the series. Lisa now writes novels full-time, which is way cooler than interviewing any celeb in her opinion.