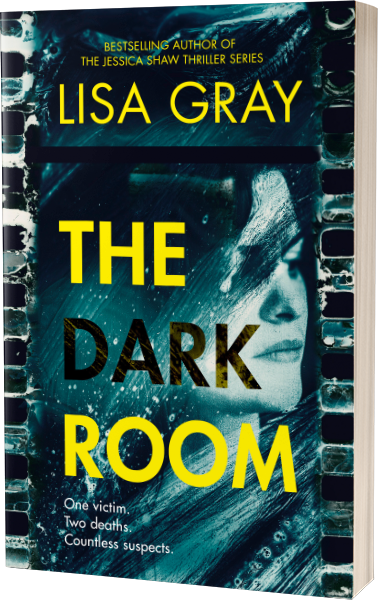 All’s fair in love and revenge in this taut thriller from bestselling author Lisa Gray.

Ex-crime reporter Leonard Blaylock spends his days on an unusual hobby, developing strangers’ forgotten and discarded rolls of film. He loves the small mysteries the photographs reveal to him. Then Leonard finds something no one would ever expect, or want, to see captured on film—the murder of a young woman.

But that’s impossible, because the woman is already dead. Leonard was there when it happened five years earlier.

He has never been able to shake his guilt from that terrible night. It cost Leonard everything: his career, his fiancée, his future. But if the woman didn’t really die, then what actually happened?

Revenge piled on revenge, all of it served ice cold…
—Kirkus Reviews

Fans of Colleen Hoover’s Verity will find much to enjoy.
—Publishers Weekly

Super suspenseful, packed with escalating tension, and a double twist ending that floors you with a one-two punch. Utterly compulsive!
—Steph Broadribb, author of Death in the Sunshine
The Dark Room is smart, sexy and a totally twisted mystery minefield—I loved it! Five stars!
—Susi Holliday, author of The Hike